Life is a cycle–very much like the Art Song Cycles written by some of the greatest composers of classical music. It is our own daily cycles that have been disrupted over the last few months by the current crisis. Our regular routines, work patterns, circadian rhythms, as well as social lives, have been turned upside down, and we have all been affected in different ways. Concert halls, theatres, opera houses and other music venues around the world have fallen silent, with live-streams of past performances becoming the new norm.

It is during these uncertain times that I have found Art Song to be more relatable now than ever, and it is the soothing, reflective, and relatable features of the Art Song genre–with a particular focus on German Lieder–which makes it the perfect balm for the mind and soul.

To clarify some terms, an Art Song can be defined as a solo piece for piano and voice, and an Art Song Cycle as a collection of songs which are intended to be performed as a unit, often with a common theme. A Lied (plural: Lieder) simply means ‘a song’ or ‘a poem set to music’ in German, and was first recorded as a genre as early as the fourteenth century. Lieder were set to poems which were already in existence, and the genre was gradually redefined to mean poems set to music specifically in the eighteenth and nineteenth centuries–and it is these Lieder which form an essential part of any singer’s conservatoire education today. My tuition in German Lieder at the Academy from Richard Stokes has proved the allure of the genre to be infectious–and I have caught the bug.

Only a few weeks ago, an extremely moving lunchtime recital by soprano Lucy Crowe, and pianist Anna Tilbrook was broadcast on YouTube live from Wigmore Hall. Together they performed a range of Lieder, English Folk Song and Russian Song (amongst other pieces), with only a BBC radio presenter and a technician in the auditorium. The varied selection of pieces worked together perfectly, and the emphasis on Lieder was not to be overlooked. The journey from the luscious, sweeping Romantic melodies of Schumann, to the more mysterious and experimental Sieben frühe Lieder of Berg (1905-1908) was a treat for the virtual audience, giving them a true representation of the enormous range of German Song that exists. Although many might think of the Lieder genre as passé and of its time, this concert reminded its audience that Lieder are as relevant today as ever, as I have had the joy of discovering myself during my time at conservatoire.

As a mezzo-soprano, a good place to start with Lieder is with one of the greatest representations in song of the traditional (albeit slightly old-fashioned) key events in a woman’s life: the well-known cycle, Frauenliebe und Leben (A Woman’s Love and Life), set to the poetry of Adelbert von Chamisso (1781-1838). Three Art Song Cycles have been created using this collection of poems, one by Carl Loewe (1836), another by Franz Lachner (1839), and a third by Robert Schumann (1840). However, the latter is by far the best-known and most regularly performed Cycle. From first laying eyes on her future husband, through her reflections on motherhood, to the death of her partner, and her life afterwards, this collection of poetry beautifully encapsulates the myriad emotions and thoughts of a woman as she matures and changes. Furthermore, this awareness of the female mind by Chamisso comes from a genuine place, as he was a strong advocate of women’s rights. In addition, at the time of writing the Frauenliebe, Chamisso had recently married a woman much younger than himself, which may have given him a fresh insight into the female psyche.

The Loewe setting is seen as more complete than Schumann’s, as he set the final poem of the collection which Schumann did not, but both are of a high standard. Both Schumann’s and Loewe’s Er der Herrlichste von allen (He, the noblest of all) sustain a proud, martial rhythm and character, and both express the longing and desire of the woman through the use of accidentals in their middle sections. However, Loewe’s setting of An meinem Herzen, an meiner Brust (On my heart, at my breast), where it is clear that the woman is nursing and cradling her newborn baby, is a soothing and melodious lullaby–a much more musically-appropriate interpretation than Schumann’s fast-paced, almost jig-like version. But Schumann seems to be creating a new sub-genre of Lieder altogether in his version of the cycle, with the piano taking a much more prominent role in the accompaniment and in the lengthy postludes and preludes to each song. He also fulfils the very nature of a Song Cycle by beginning and ending the Cycle with an identical refrain. Although it would seem that the Loewe setting is more successful in interpretation, Schumann furthers the Lieder genre. Each composer is therefore to be praised in their own right.

The setting of the cycle of poems by Frans Lachner is perhaps the least performed. Lachner may not be as recognised as some of his contemporaries, but the German composer and conductor nevertheless produced several operas, symphonies and string quartets during his lifetime, as well as a setting of Frauenliebe. This setting however is set for soprano, horn (or cello) and piano, and so has a different, more orchestral quality. Somehow, it is apparent how this version does not quite encapsulate the tenderness and intimacy needed and it is very much down to the larger-scale accompaniment.

A second Song Cycle for mezzo-soprano which deserves great praise is one which is, surprisingly, based on British history. These are the Gedichte der Königin Maria Stuart Op.135 (Poems of Mary Queen of Scots) composed in 1852, and were the last songs Schumann wrote. Detailing the life of Mary between 1542 and 1568, these songs are set to five poems which are said to have been written by Mary herself.

Mary’s life was turbulent to say the least, as she went from the title of Queen to a life in various prisons, on trial for being complicit in the murder of her husband. Furthermore, she gave birth to a baby boy who was hastily taken from her as it was assumed the baby was conceived by a man other than Mary’s husband. Mary’s turmoil and desperation during this period is perfectly captured in this Song Cycle, the first of which, Abschied von Frankreich (Farewell to France), is based on Mary’s own words of ‘Adieu, France’ and sets the melancholic tone of the Cycle which is almost wholly in the suitably sombre key of E minor. In addition, this song has the only melody which is based completely on the natural inflections of speech, creating a naturalistic and honest tone.

We see another side to Mary in An die Königin Elisabeth (To Queen Elizabeth), the third song in the Cycle, and the only one not to be set in E minor. It has been suggested that this key change is there perhaps to evoke Mary’s courageous spirit when addressing Queen Elizabeth as she tries to fight her fate. It has also been suggested that the many rests in this song replicate Mary’s letter-writing process, with each rest representing a dip of her pen into the inkwell.

But it is the final two songs of this Cycle which are the most devastating: Abschied von der Welt (Farewell to the World) and Gebet (Prayer). In the former–the second farewell song of the Cycle–Mary is certain that she will die, and the great sadness of this is beautifully, but painfully, conveyed. The modulation in the phrase ‘Ihr Freunde, die ihr mein gedenkt in Liebe’ (O friends, who will remember me with love) heightens this sadness, as she thinks of the few friends she will leave behind. Gebet (Prayer) takes the sadness and despair to another level, as each phrase begins on a higher pitch, thus gradually building up the tension to an unbearable level. Despite her terror, it has been recorded that Mary faced her death bravely and it is this fighting spirit underlying the Song Cycle which makes it so electric.

The Lieder of Clara Schumann

Finally, it is essential to discuss a Lieder composer who is, at last, starting to receive the merit she deserves: the wonderful Clara Schumann. Last year (2019) marked the 200th anniversary of her birth, and this has been a welcome catalyst for an explosion of performances of her music. Too often reduced to simply the ‘wife of Robert Schumann’, Clara was a successful Lieder composer in her own right, and she could also be viewed as co-composer of Robert’s works since she edited his pieces. Despite encouragement from both Robert and her father to compose, Clara was nevertheless fighting for recognition in a male-dominated society, and it is for this reason alone that her work was overlooked. Clara was not a Song Cycle writer as such, but the separate piano works and Lieder she did compose are masterpieces.

It is estimated that Clara performed around 1500 recitals in her lifetime, all whilst bringing up a family. Many of her songs were gifts to Robert after their marriage in 1840–and what gifts they were! Er ist gekommen in Sturm und Regen (He came in storm and rain) Op. 12 No.1 is a fiery, racing piece, hinting at Clara’s desire to be whisked away from her overbearing father by husband, Robert. Warum willst du and’re fragen (Why enquire of others?) Op.12 No.3 and Liebst du um Schönheit (If you love for beauty) Op.12. No.2, two fairly short but memorable songs, are more reflective, but have been said to be just as masterful as other settings. The highly emotional and declamatory Mein Stern (My Star) of 1846 is particularly moving, given that Clara composed the song the year before Robert went into the mental asylum where he would remain for the rest of his life.

One of Clara’s greatest songs is perhaps her setting of Heine’s Lorelei, a tale of the spirit named Lorelei, who lures men to their deaths with her haunting singing. There are a total of thirty-seven musical settings of the poem, but Clara makes it her own. She uses the first and last verses to frame the song, and the tone here is very questioning: she creates further mystery about the character of Lorelei through this technique. Although Clara’s interpretation of the poem has reportedly been criticised for inaccuracy particularly of the last verse where the musical tone is not one of despair or sadness, but carries on in a spirited manner right to the very end when Lorelei has done her damage, her setting nevertheless brings storytelling to the fore, and evokes the idea of the supernatural.

Although I have only scratched the surface of the Lieder genre, and touched on just a few of the many masterful Art Song Cycles that are in existence, I very much hope that this analysis will be an invitation to explore some of these beautiful musical vignettes. Lieder are about much more than the stock themes of nature, the wanderer and love–under which they are often classified; they reflect the cycle of life. And if these songs can help us to return to some kind of normality, then let them play on. ′ 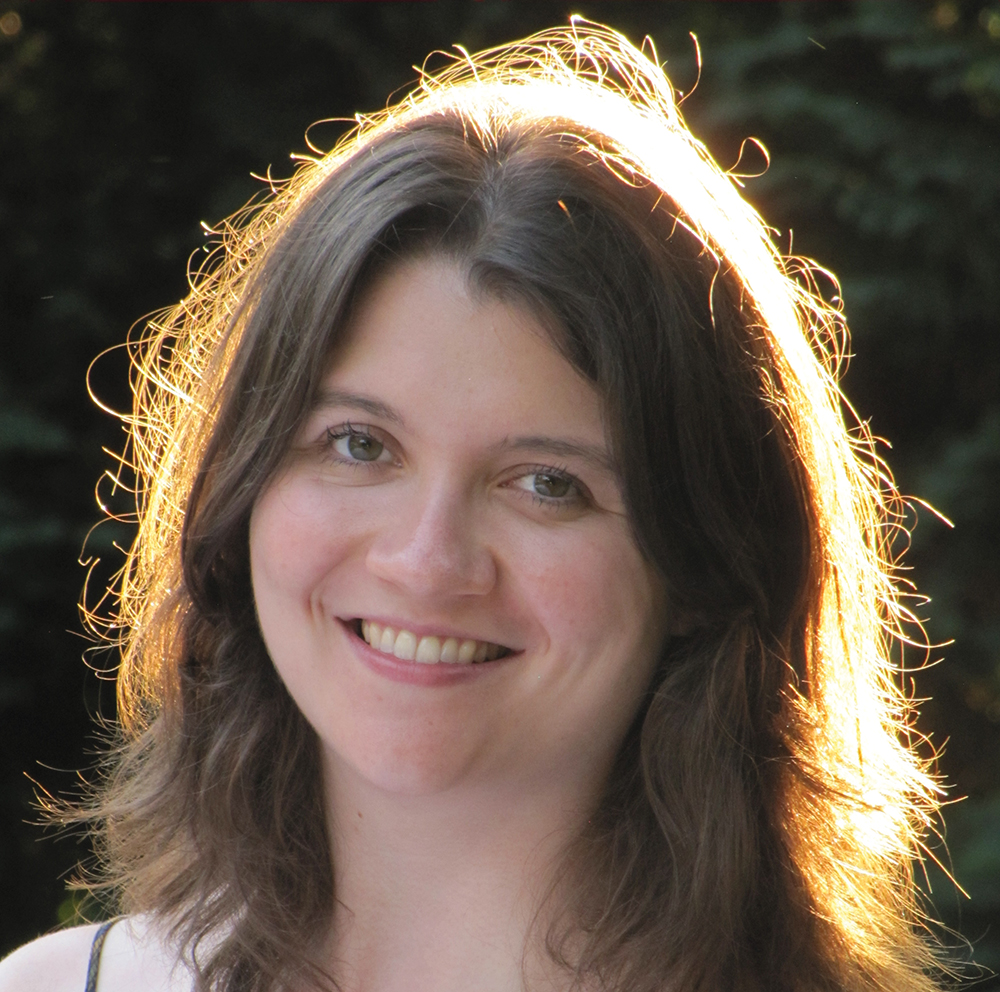 Kate is currently in her final year of a two-year Masters in Vocal Performance at the Royal Academy of Music in London, under the tutelage of Catherine Wyn-Rogers, Chad Vindin and Richard Stokes. She specialises in German Lieder, Opera, French Song and Oratorio, but has also been commended in competitions for English Song at the Academy. Previously, Kate studied a BA in Education with English Literature at Cambridge University, and she enjoys a busy online English tutoring schedule alongside her vocal studies course. Please refer to Kate’s website for more information: https://katelowemezzo.wordpress.com/.