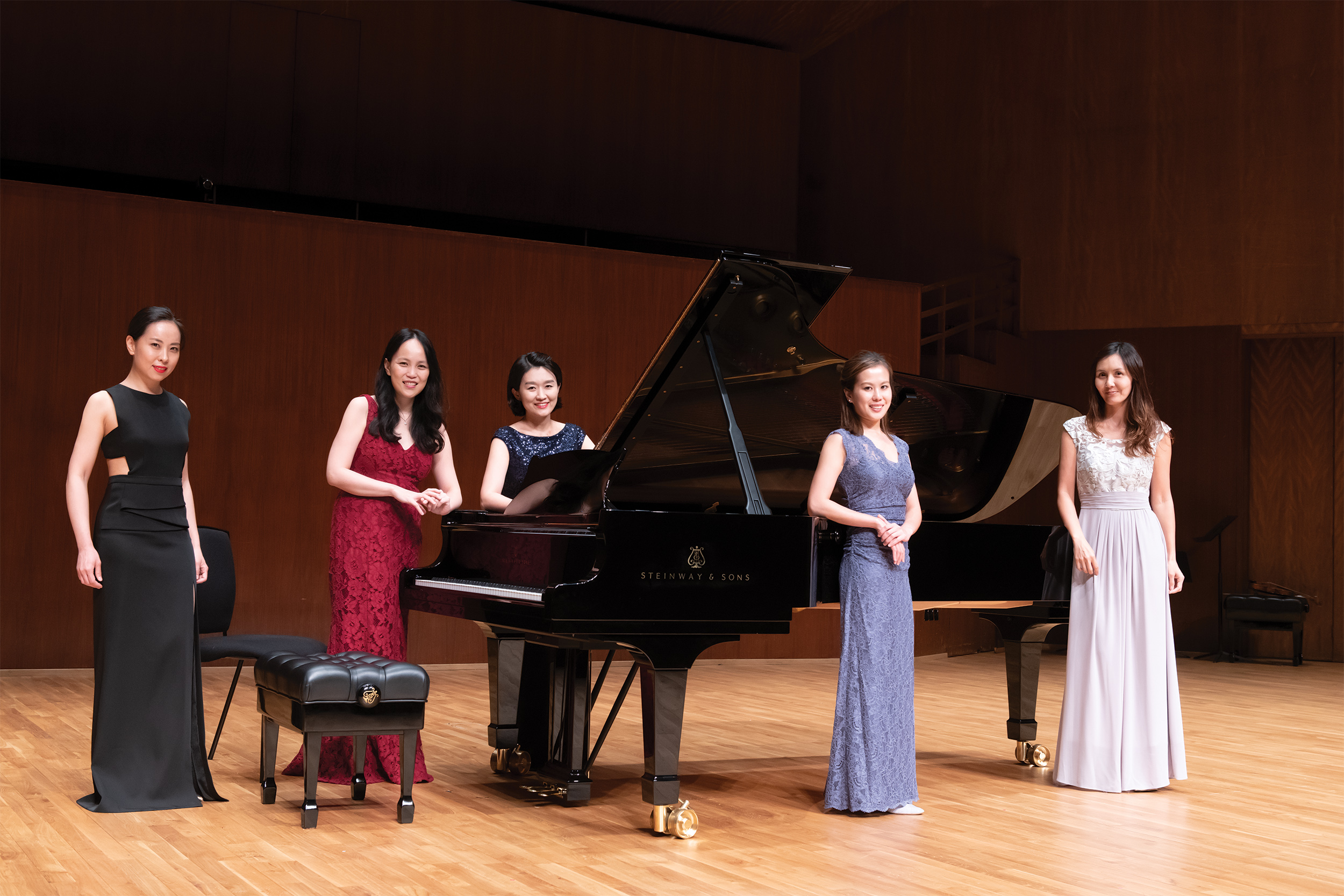 The Sonata in G major K. 301 was the first of Mozart’s mature sonatas for keyboard and violin. The title page of the work bears a dedication to Maria Elisabeth, Electress of the Palatinate – a region of southwest Germany – the origination of the frequently used designation “Palatine Sonatas.” Written along with at least four others in Mannheim, his inspiration for these works came from earlier on his tour away from Salzburg while he and his mother were in Munich in the fall of 1777. Mozart wrote to his father explaining how he had come across a set of violin sonatas by the Dresden Kapellmeister Joseph Schuster: “I send my sister herewith six duets for harpsichord and violin by Schuster, which I have often played here. They are not bad. If I stay on I shall write six myself in the same style, as they are very popular here. My main object in sending them to you is that you may amuse yourselves à deux.”  What attracted Mozart to Schuster’s works was the greater independence attained by the two instruments than had formerly been the case. Mozart saw to it that his works also gave the violin more of a soloistic role than he had done previously.

Unlike the Violin Sonata in C major K.296 we heard in the previous concert, most of Mozart’s Mannheim Violin Sonatas are in two movements. Despite its modest scale and with both movements marked Allegro, this work sparkles with an unmistakable Mozartian joie de vive from its very first opening bars to its conclusion.

Beethoven’s first violin sonata belongs to a set of three published as opus 12, a grouping publishers favoured in those days in order to showcase a more diverse range of styles than would be possible with just one work. The set was dedicated to the court composer Antonio Salieri, with whom Beethoven had studied vocal composition. In writing these sonatas Beethoven clearly drew upon the classical models advanced by Mozart. Beethoven had made earlier unpublished attempts at the duo violin and piano sonata form and had already written two sonatas for cello and piano, published as opus 5. These first violin sonatas therefore came into existence not out of a vacuum but after a good deal of labour and mental preparation. While they are played much less often than some of the later sonatas, they are still remarkable works of great strength and integrity.

The work’s energetic first movement marked con brio opens with a rising and falling fanfare motif, after which a quiet opening theme prepares the ground for much scurrying, with the instruments running up and down scales and rounding things off with chordal outbursts. A second lyrical theme brings a sense of calm once more but the antics return and at times Beethoven wanders off into some surprisingly remote tonalities. The second slow movement consists of a theme and variations. The highlight of the variations, of which there are four, comes in the third, which, cast in minor mode, makes use of rapidly changing dynamics to build dramatic tension. The last movement, a playful and high spirited Rondo makes witty use of off-beat accents in its main theme. The accented motif reappears in the coda in muted form as Beethoven teasingly tries to lure audiences away from anticipating the sudden fortissimo conclusion.

Cellists, who are sometimes known to suffer from violinist envy because so many more sonatas and concertos have been written for the violin than cello, will be eternally grateful to King Friedrich Wilhelm II of Prussia. In 1796 Beethoven visited his court in Berlin and the King, who happened to be an amateur cellist and patron of the arts, persuaded the composer to write what turned out to be three masterful works for cello and piano duo: The Variations on a Theme from Handel’s ‘Judas Maccabaeus’ and the cello sonatas Op. 5 No. 1 in F major and No. 2 in G minor. The sonatas, in particular, were the first for cello and piano by any composer worthy to rank with the Mozart violin sonatas and came before Beethoven had even turned his hand to writing violin sonatas. They also represented a significant advance in making keyboard and string players more equal partners, although in these early sonatas the most virtuosic passages are still for the piano.

Beethoven was keenly aware of the huge strides Mozart had made in writing for piano and violin and may have had in mind the plan for Mozart’s Violin Sonata in C major K. 303 (to be played in Concert IV), which is in two movements but first starts with a slow introduction before breaking into a lively Allegro. Beethoven deploys a similar scheme in both Opus 5 sonatas though his introductions are altogether on a larger scale and more searching. The Sonata in F major uses what Beethoven’s biographer Jonathan Swafford calls “thematic reciprocity”, an idea Mozart had pioneered in his later sonatas in which every important theme is stated twice once by the keyboard and once by the string instrument. The culmination of this thematic reciprocity occurs towards the end of the first movement where Beethoven coalesces his forces to play the main theme in octaves together. While the first movement explores a remarkable range of moods and sonorities, the second movement is no less surprising.  Starting as a Haydnesque Rondo, the contrasting episodes are striking: one sounds like a gypsy tune in the minor mode while another begins with a double-stop bass drone in the cello supporting some harmonic excursions on the piano.

Beethoven performed these pieces with the famous French cellist Jean-Pierre Duport for King Friedrich and as one modern day cellist noted: “the two sonatas are full of exciting effects that would have left the Berliners gasping.”

The second of the sonatas written in Mannheim during Mozart’s 1777-78 tour with his mother is in two movements, a form favoured by J.C. Bach. The opening downward triad, a kind of inverted fanfare, in the first movement Allegro is answered by a more relaxed idea which pianist Mischa Donat describes as Mozart attempting to recreate the sound of the famous Mannheim court orchestra, especially with the following long crescendo over a repeated pedal-note, one of the orchestra’s trademark effects. The bright character of the opening stands in contrast with the darker central section that briefly takes on a dramatic urgency with repeated 16th notes on the violin underpinning a sequence of uprising motifs in the piano. The feeling of brightness soon returns but the following Rondo is a stately Andante grazioso, that makes for an unusually reflective mood for the concluding movement. There’s a yearning sense of resignation in this movement that finishes by fading away into nothing.

Beethoven’s second violin sonata in the opus 12 set of three dedicated to Antonio Salieri begins cheerfully with the piano articulating the main theme while the violin provides a bouncing accompaniment. Roles are soon reversed with the violin taking the theme and the piano providing support. Thenceforth the two instruments switch back and forth as if they were participating in a conversation. The theme itself is very simple consisting of an accented downward sequence of two note rising couplets, from which Beethoven somehow spins a remarkable amount of ideas. Mozart’s A major sonata for violin and piano may well have provided inspiration for this Beethoven’s sonata, but a later theme first played piano but then repeated with a building crescendo to fortissimo hints at something more muscular in Beethoven’s style even though the mood of this first movement remains generally light and delicate.

The second movement turns introspective with an opening melancholic theme cast in A minor that then wanders off in new directions taking us through C major and a central section in F major before returning to variants on the opening theme. The finale returns to the good natured mood of the first movement with a rondo that stands somewhat in contrast with the more fiery rondos of the two other sonatas in the Op 12 trilogy. Marked piacevole, meaning “pleasantly”, there is nonetheless a brief but undeniably intense burst of drama marked fortissimo at the centre of this movement, the kind of digression that was criticised at the time as part of the composer’s use of ‘forced modulations’ and ‘hostile entanglements’. Today it is those many surprises in Beethoven’s writing that serve to spice up our listening pleasure and remind us of what a remarkably inventive composer he was.

Beethoven wrote his two Op. 5 cello sonatas for King Friedrich Wilhelm II of Prussia (see notes on Op 5 No. 1). Despite its mere two movements, there is nothing small-scale about this sonata. Beethoven’s austere and pathos-filled Adagio, dominated by a descending scale pattern and marked by many dramatic pauses, is just one of the ways in which Beethoven adds structural heft to its first movement. This second sonata is also in two movements and like the first sonata, features a slow introduction though this one is longer and more complex with surprising silences near the end that dramatically prepare us for the start of the Allegro. This faster section of the movement features two contrasting themes – the first in G minor, dramatic and full of angst, the second in relative B-flat Major, leisurely and graceful. The second movement that follows is a charming, lightweight, bucolic Rondo in G Major, written in a popular style of a contre-danse, which anticipates the G-major Fourth Piano Concerto in its light-hearted and rather playful mood. 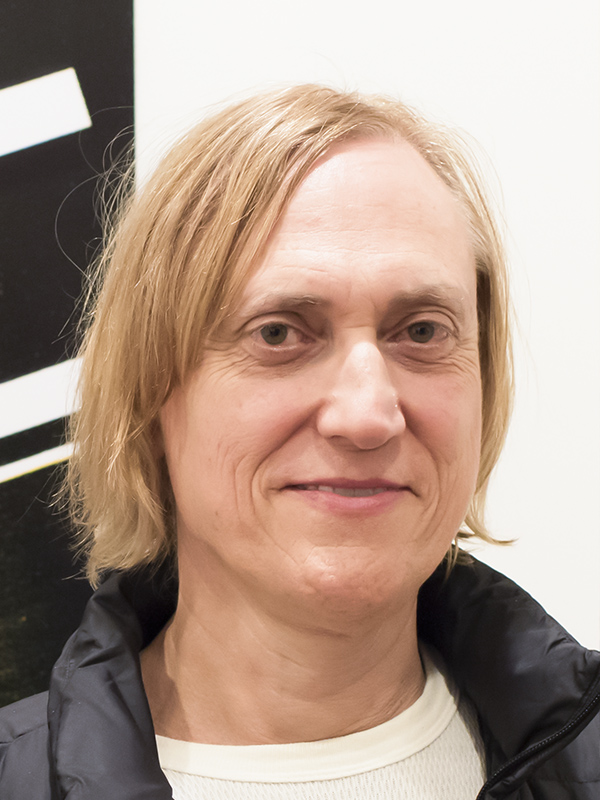 About the author: Julian Brown is a writer and violinist based in Mountain View, California. Born in the UK, he lived for many years in London and has performed in both London and the San Francisco Bay Area. He is the co-founder of the Cal Arte Ensemble, which performs numerous chamber concerts a year in the Bay Area, aiming to make great music available to a wider audience. He also serves as concertmaster for several orchestras including the Cambrian Symphony and the Palo Alto Philharmonic. For more information see https://www.julianbrown.xyz.