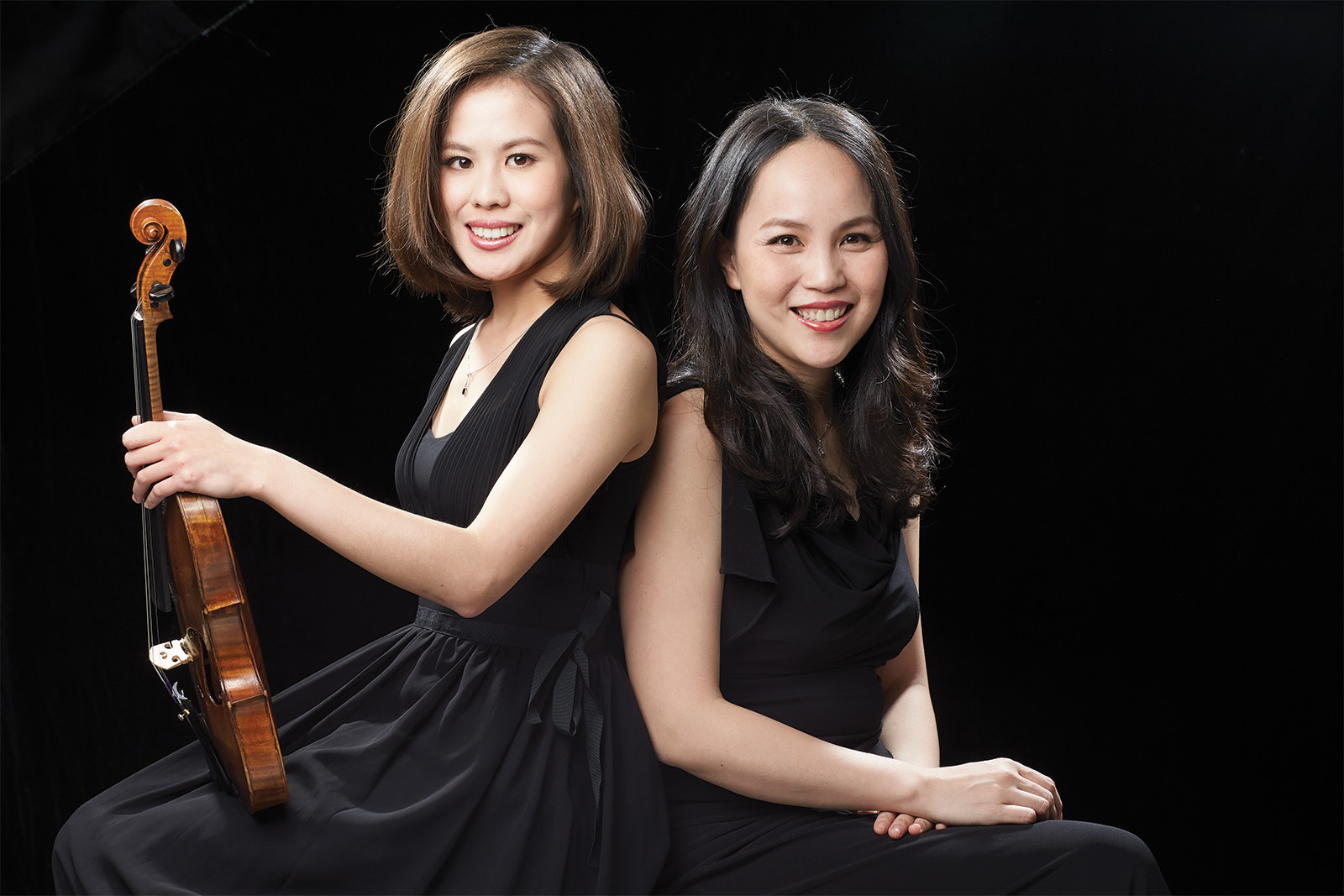 …Frost Crackles and Shimmers Silver in the Fields…

This sonata and Prokofiev’s first for violin and piano leapfrog each other as concurrent compositions. The second sonata started out as a flute sonata, but was transformed into a composition for violin at the prompting of Prokofiev’s friend David Oistrakh. It was composed whilst Prokofiev was living in Perm in the Ural Mountains in a remote retreat provided for Soviet artists in World War Two, and received its premiere in 1944 in Moscow, earlier than the first violin sonata. Unsurprisingly, given that it was originally composed for flute, there are fewer passages in double stops until the last movement. Much of the violin writing comprises swift successions of arpeggios and melodies with large leaps between registers, which are more idiomatically suited to the flute and played less comfortably under the hands of the violinist.

The first movement presents the classical side of Prokofiev’s personality, and is constructed in a sonata form so clinically exact in its three sections—exposition, development, and recapitulation—that these sections are furnished with double bars in the score so it is absolutely clear what they are. The end of the exposition is even marked with a repeat sign, a convention long since discarded in the early Romantic era more than a century earlier, but standard in the classical works of Mozart and Beethoven. If there is a melodic point of reference, it is the opening to Brahms’ violin sonata no. 3, whose melody starts with the same figure.

Like many of Beethoven’s later works, Prokofiev’s second movement is a Scherzo. There is something truly Beethovenian about the heavy, driving relentlessness of the opening section and its reprise at the end, even if the cross rhythms are more complex than Beethoven would have attempted. Set in the middle of this frame is a central section of profound lyricism and an entirely different style. Here the influence is from Russian folk music, and the piano maintains a drone of open fifths like the open strings of a primitive fiddle. Against this is a violin melody in the Lydian mode with its characteristic highly-flavoured sharpened fourth degree of the scale.

Two musical ideas are alternated in the equally lyrical third movement. The first is simple and folk-like, but the white-note scale from which its notes are selected is soon warped and tempered in the hallmark Prokofiev style by adding extra chromatic notes, which takes it swiftly into the heartlands of mid-twentieth century modernity. The second comprises chromatic triplets and is first stated by the violin.

Most iconic and immediately memorable of all the musical ideas in the piece is that found at the opening of the last movement. This is the brittle biting wit of the Prokofiev who left the Soviet Union in 1918, and not the darker more melodic tones of his later years. The contrasting theme is first presented on the piano and sounds like Hanon exercises as it drills the same pattern over and again in low octaves at the audience. Rondo-like, the two elements alternate as if they were different aspects of a peasant clog-dance. The criticism levelled at Prokofiev for writing music too divorced from the masses as voiced in the Zhdanov decree of 1948, and guilty of a “formalism” defined as “art for art’s sake” seems misdirected when faced with this earthy muscularity, and most would agree that Prokofiev has combined the best of both worlds.

Rachmaninoff’s reputation as a composer has risen and fallen with the tides and tastes of critical reception, but his enduring popularity with audiences has remained untarnished and often diametrically opposed to the professional opinion that denigrates his music as at best overly sentimental, and at worst simply slush. The Russian wellspring that he draws from is more that of Tchaikovsky’s symphonic writing than the nationalistic and folk-inspired idiom of Mussorgsky and Rimsky-Korsakov. It was his sister Yelena (died in 1885 at just eighteen) who first introduced him to Tchaikovsky’s music, and despite the generation gap, the two composers later became friends and shared a mutual admiration. In fact, what could be more creative than using the voice singing wordlessly as a musical instrument in its own right? And is there anything innately unreasonable about composing sounds that are pleasing to the ear? Surely a blessed relief of rapturous melody over a pulsating accompaniment after time spent attempting to decipher the gibberish that is near-contemporary German expressionist vocal music, for example, Schoenberg’s Erwartung, is now universally regarded with critical acclaim.

Rachmaninoff wrote the song Vocalise, which was subsequently arranged for violin and piano, a couple of years before he left his homeland for America in 1918. He was never to return, though he retained Russian customs in his home and spoke mainly his native tongue. Indeed, his music has the dubious distinction of being boycotted in the Soviet Union during 1931-33 at the height of the Stalinist collectivisation campaigns. Perhaps highfalutin critics have never forgiven the pianist with the enormous hands and infallible touch and technique for his dual talent as a composer who understood emotion in music and audience appreciation better than they did.

Like Prokofiev and Rachmaninoff, though somewhat slower to let go of his roots as a musical conservative, Medtner too followed the traditional pilgrimage of Russian composers out of the Soviet Union, leaving in 1924 for Germany. The composition of this sonata spans the period immediately before and after his departure. Unlike Prokofiev, but like Rachmaninoff, Medtner never returned to his homeland, and leaving the New World, settled in London in 1936 until his death.

The second violin sonata is a huge work lasting some 45 minutes and all three movements are linked into an entire whole, with only the briefest of breathing spaces between the first two movements, and the second and third actually interconnected. Given such a vast canvas–an entire symphony for violin and piano–it is an exhausting work both to play and to listen to; here are none of the miniaturist tendencies of the composers of the second Viennese school, Schoenberg and Berg.

Similarly, the harmonic language makes no concessions to the developments of post-tonal composition and unashamedly employs only underlying chord progressions that Classical, Romantic, and even Baroque composers would have recognized: as such, no note is out of place. In so doing, Medtner has placed himself in the direct musical lineage of Brahms and Wagner, and firmly inside, dare it be said, a German tradition with no semblance of Russian national characteristics. In this respect, from a technical perspective, particularly noticeable is the strong counterpoint in contrary motion between the treble and bass which Brahms demanded of his students.

The textures are mostly thick and swirling, and the frequent arpeggiated accompanying patterns in the piano are a direct descendant of Brahmsian prototypes. These features are combined with feverish repetition of small-scale musical elements, over and again, under which the harmony evolves relatively slowly. This is a technique generically related to similar treatments of leitmotifs in Wagner’s operas, and in both cases a perfect tool for heightening dramatic tension across lengthy timescales. Medtner’s defining musical trait is, however, to group these patterns of repetition into musical paragraphs by which each pattern deals only with one motif, itself to be discarded when the next paragraph arrives and a new motif comes to the fore.

The first movement, as befits the symphonic scale of the work as a whole, is furnished with a lengthy introduction before the movement proper itself commences. Here, perhaps most expressively catching to the ear is a solo violin cadenza consisting of scales and arpeggio patterns across the whole range of the instrument that occurs three times in the movement: in between the introduction and the start of the movement proper, before the recapitulation of this opening towards the end of the movement, and as a link into the second movement. The sudden thinning of the texture in this cadenza set against the tumult on either side puts these moments into sharp focus: here is the quiet beauty of Vaughan Williams’ Lark Ascending as against bacchanalian frenzy. The overall architecture of the movement proper remains, however, inside the bounds of sonata form: the requisite two contrasting themes in the exposition and their recapitulation in the home key towards the end; a lengthy development section that explores their potential; and a coda that draws the movement to a close.

Contrast is furnished by the second movement, which is a theme and variations. Few composers from the mid-nineteenth century onwards opted to use this form, as the discipline and restrictions it placed on the creative deployment of musical material were undoubtedly alien to the freedom sought by the late Romantics. Brahms would have approved, however, and he stands out as a composer who still clung to using it on several occasions. Medtner’s theme is treated to six complex variations, each a study in compositional technique in its own right, but most unusual to the ear is the theme itself. Using at first only the white notes of the piano, it explores a stile antico of Renaissance modal composition also occasionally employed by Beethoven and Brahms.

For all its swirling Romantic harmonies and textures, and Classical layout, the Rondo too betrays a hint of exoticism in its textures. Just when the sound-mass seems just a little too rich and dense, the rhythm of the habanera pokes through, especially in the bass. Even Medtner lets his guard down sometimes and a spirit of fun emerges.