The next issue of Vantage will feature an interview with Daniil Trifonov by our US correspondent Tamami Honma. Mr Trifonov will be performing Rachmaninov’s Third Piano Concerto on June 21-24 with Michael Tilson Thomas and the San Francisco Symphony. Here is a preview of their conversation which you will be able to read in full in the next issue. 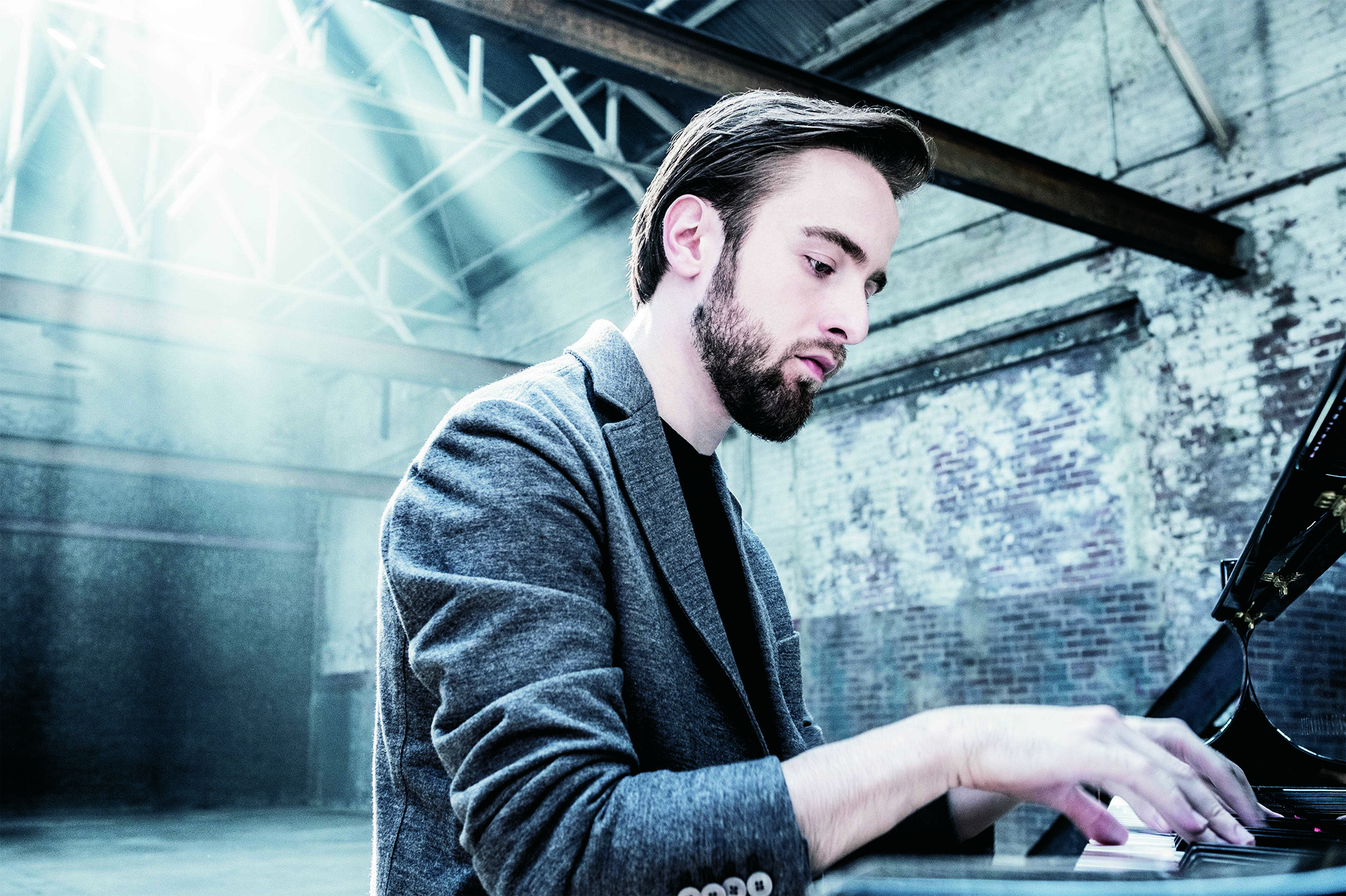 TH: If you could take yourself back a few years what was one of your favorite musical discoveries that helped you realise that playing music was your passion in life and the thing that you really wanted to do?

DT: Well, I think for every person, there is a particular composer that makes you have a connection. And in my case, it was Alexander Scriabin, the Russian composer of the late 19th and early 20th century. I first heard his music when I was eleven or twelve years old.

TH: Do you remember who the pianist was?

DT: Well, actually it was my teacher. I was studying in Moscow with Tatiana Zelikman. She asked me to learn some Scriabin pieces. And, before that, I’ve been playing some Chopin, and Scriabin has a lot in common with Chopin’s music, so, to me, it was really a transition. And of course, when I started hearing Scriabin’s music, I started exploring his other works not only for piano but also for orchestra. His orchestral work The Poem of Ecstasy became one of my favorite classical works to this day. I guess for every person, it’s different, but in my case, it was Alexander Scriabin.

TH: This is a fascinating answer. For people not so familiar with Scriabin the works that come to mind are Vers la flame, the Black Mass and White Mass, and the other wonderful piano sonatas. Speaking of your piano teacher, what do you think is the best advice you have gotten musically that has helped you get today where you are?

DT: Well, I had two teachers, one was in Moscow, Tatiana Zelikman from my music school and then later, I continued my education in Cleveland with Sergei Babayan. Of course, they both are very unique musicians. Both are representatives of Russian school of music. I remember they both paid a lot of attention to the colours in music and how they could offer insight. They are both descendants from Heinrich Neuhaus who was one of the great mentors who used to teach in Russia in 20th century.

TH: Yes the Neuhaus school. Richter came out of his class…

TH: Neuhaus is of course absolutely legendary. If you could put into words, are there any particular lessons or ideas that you carry with you when you approach music today?

DT: Yes I think it’s the attention to detail and the focus on the compositional side for me that makes a big difference. I’m also a composer when I have the time. I think that might sometimes help. When I was in Cleveland, Sergei Babayan would suggest improvising in the spirit of a piece. Let’s say, take the beginning of the piece and then try improvising in different directions. So, in that way, you get very accustomed to the core of what the work is but at the same time, take some freedom within it.

DT: Yes. Let’s say take first four or eight bars of a piece and then keep playing with it by taking the same phrase of music but trying out different colours and different emotions. The emotional part of the piece is very important. As a composer, myself, I feel that there is always a reflection of inner emotions especially with the Romantic composers.

TH: Besides Scriabin and your teachers, is there anything else you can remember that set you on your musical path?

DT: Thinking back, what was formative for me was actually a period when I wasn’t able to play. That happened when I was 13 years old, I was walking to a lesson during winter. In Moscow, there was lot of snow and I slipped on ice and I fell down and actually my left hand was broken. This caused me not to able to play for 3 weeks when I had the plaster and then several more weeks to get back into shape. So I couldn’t practise, and then I actually started listening more to the music. I was listening to lots of Bach actually. That was probably the moment when I felt music had an extra important role in my life.

DT: Yes, I am very much looking forward to this.

TH: There’s a famous story about Horowitz playing Rachmaninoff’s Third Piano Concerto for the composer himself. Horowitz had a sense of humour and although he knew the markings of the composer he deliberately did exactly the opposite. After playing to him he asked, “what do you think of this?” and Rachmaninoff just said, “Oh, it sounds great! That was a good idea!”.

DT: I find Rachmaninoff actually contradicted himself a lot. In his recordings of the second concerto and both of his recordings have not much to do with what he wrote in the score, both in terms of tempi and in terms of dynamics. He wrote, for example, a lot of places with slow down, and then in the same place in the recording, he actually speeded up.

TH: You also have a project to record all four of the Rachmaninoff concertos? Can you tell us more about that?

DT: Yes I am working with the Philadelphia Orchestra. This project will take about 4 years to complete. We are working on one concerto at a time, so several weeks ago, I finished the first one.

TH: Which is your favourite concerto out of the four?

DT: Oh, the fourth one. It is the most unusual – language-wise, it was when Rachmaninoff seemed to go out of his comfort zone and he explored other styles. It’s very innovative.

TH: Which edition did you take, the revised …

DT: The last one. Well, there was one last version of it, but then Rachmaninoff recorded few years after that, he added few more other changes.

TH: Do you have any plans to go to Asia any time soon?

DT: Yes, I’m going to tour with Juilliard Orchestra and Babayan this November, a tour in China.

TH: Do you know the repertoire yet?

DT: I believe this is Rachmaninoff No. 3.

TH: So this Rachmaninoff project continues in San Francisco and in China?

DT: I don’t think it’s possible to get tired of Rachmaninoff’s music! 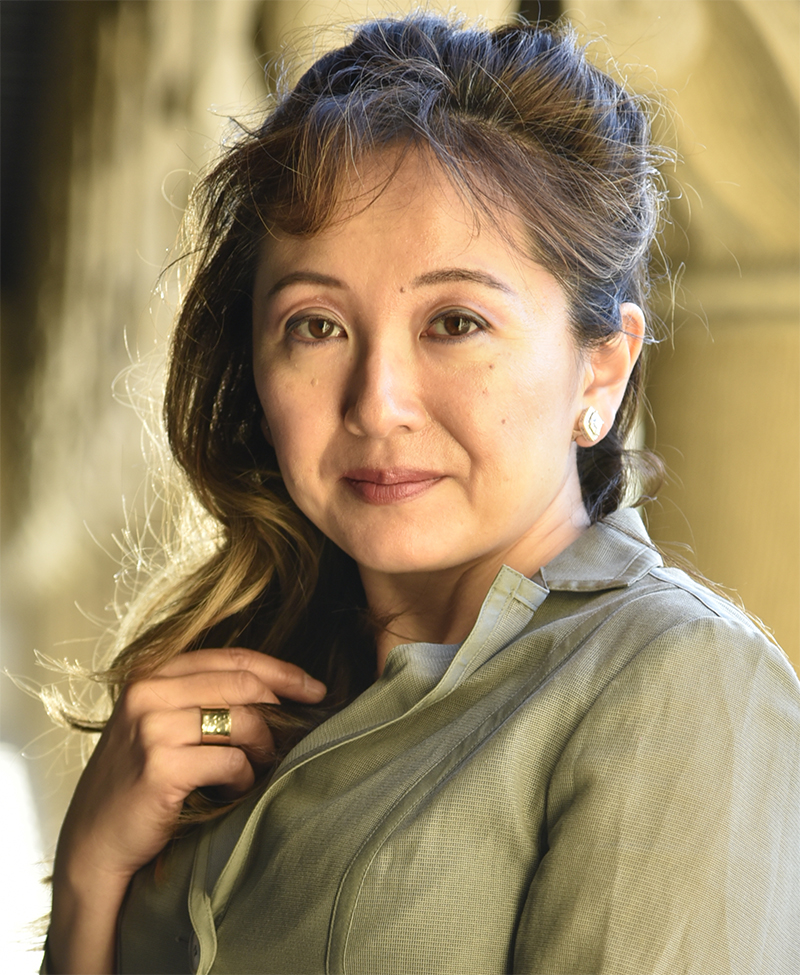 About the author: Tamami Honma is US correspondent for Vantage and an internationally acclaimed concert pianist based in Saratoga, California. Ms Honma received her undergraduate degree at the Manhattan School of Music in New York and received her Master’s Degree and subsequent honorary ARAM degree from the Royal Academy of Music in London. She was a lecturer as a member of their academic faculty for a number of years before moving to the US, where she maintains a full concert schedule while also running a private studio, is a distinguished faculty member at the Community School of Arts & Music and vocal coach at the San Francisco Conservatory of Music.