When cultural institutions switched their lights off last year, no one thought it would be for so long. Not since World War Two has the British public been denied access to its museums, theatres and concert halls. Even during those darkest years, when the death toll was significantly higher than today, museums such as the National Gallery in London kept their doors open, exhibiting one painting at a time and putting on concerts to maintain public morale.

In those days, there were no computers, iPhones, YouTube or other technological devices or platforms available to allow war-weary Britons unrestricted access to music, theatre or the visual arts of their choice.

No matter how faithfully and beautifully designed or recorded they may be, these digital reproductions will never replace the physical and aural sensation of watching and listening to a live performance, seeing an exhibition, experiencing the thrill of theatre or even visiting a cinema with friends. During these troubled times, when economic prospects are bleak and uncertain, such ‘luxuries’ may seem unnecessary and frivolous. Nothing could be further from the truth. The arts are an inherent part of human existence. They enrich the fabric of life, opening up areas of creativity and imagination as well as feeding our desire for beauty.

Since the beginning of the pandemic, two troubling issues have weighed heavily on the arts and culture sectors. The financial tightrope walk seemed inevitable, with large portions of income wiped out by venue closures and performance cancellations. The other aspect concerns a serious lack of support and sometimes complete disregard for the industry and its role by the political establishment. This deplorable attitude varies from country to country but the overall picture is dire. Some countries, like France and Germany, have long-standing traditions of support and respect for their respective cultural heritages, going back several centuries. However, in the United Kingdom and the USA, the majority of cultural institutions rely more on private sponsorship than government aid and seem to be treated, to some extent, like business assets. Arguably, neither approach is perfect but regardless, with arts and entertainment contributing a staggering £5.7bn yearly to the UK economy, the government’s response to its concerns resulting from the pandemic is frankly shocking.

It’s depressing at the best of times to see concert halls, theatres and museums at the bottom of a priority list, right there with casinos, gyms and pubs but way behind shopping and garden centres. Before Christmas, one could easily mingle with thousands of shoppers in large department stores but hearing Beethoven at the Barbican or visiting an art gallery of any size was deemed too dangerous, despite all the safety precautions taken and comparatively low visitor numbers. There’s an impression that the creative industries will always cope, that, as if by magic, they can just resurrect all activities and achievements.

Great moments of artistic flourish stem from human ingenuity and verve, but, for that talent to thrive, the intellectual and cultural soil needs to be fertile. This often requires financial and political support from certain wealthy, enlightened and influential groups and benefactors. Various monarchies, aristocrats, the Church, the bourgeoisie or the state itself have all donated to and supported the arts over the centuries.

Without Louis XIV, the Medicis, the d’Estes and Gonzagas, Pope Julius II or Paul Duran Ruel, great artists such as Jean Baptiste Lully, Charles Le Brun, Sandro Botticelli, Leonardo da Vinci, Andrea Mantegna, Claudio Monteverdi, Michelangelo or the impressionists might have never reached such lofty heights, or would have simply faded into obscurity.

The relationship between art, power and money has often been volatile, complex and sometimes unhappy. The years Claudio Monteverdi spent in Mantua resulted in countless masterpieces, yet his financial uncertainty drove him to despair. The Gonzagas presided over one of the most sophisticated and lavish courts in Europe, with cultural activities to match. Sadly, they rarely paid on time. Monteverdi eventually found happiness in La Serenissima that showered him with enough financial rewards that he could focus on his work, untroubled by financial anxiety.

Civic pride was another prevalent factor in the cultural landscape of the Italian city states. Venice shines as a great example but so did Florence, Siena and many others. When Michelangelo executed his David and a jury was created to decide where it should stand, all Florentines watched its unveiling. This masterpiece of Renaissance sculpture was a confirmation not just of Buonarroti’s genius but also of the power and sophistication of the Republic.

Art, architecture and music have always been central to Italy, with its unprecedented artistic wealth and patronage over the centuries. France arguably reached its zenith during the reign of the Sun King, whose passion for excellence in every aspect of life created a remarkable cultural legacy and set the foundation for many institutions still in existence today. Louis XIV was a keen dancer, music lover, theatregoer and architecture fanatic. He was also an obsessive gardener, marketing maverick and supporter of craftsmanship. In short, the perfect patron, as long as your work was obviously to his taste. He loved music so much he even went to war with his own musicians. Few could compete with Louis XIV’s largesse but future monarchs and courtiers continued their artistic patronage while keeping their heads, literally. The guillotine may have interrupted this sparkling chain of artistic and musical supply but only briefly. Future emperors and finally the Third Republic continued with projects on a massive scale, especially in the fields of architecture and engineering, redefining city landscapes for years to come. Surprisingly, in increasingly secular France, this included some of its most famous churches, like Paris’s La Madeleine and Saint-Augustine and further afield such as the Sanctuary of Our Lady in Lourdes.

The expanding middle classes awoke an insatiable appetite for art and culture that flourished on an unprecedented scale until the onset of the First World War.

With the end of the Covid pandemic still unclear, what will the cultural landscape look like and what legacy will there be for future generations? What marks a great civilisation is perhaps its self-confidence. With cultural institutions struggling to survive financially, searching for their purpose and place in modern society, bending to incessant commercial, ideological and political pressures, they are often afraid to stand up for their own beliefs. When they are trying desperately to avoid accusations of elitism, is it any wonder they have little self-confidence left?

There was one voice that struck a chord last year, while most had buried their heads in the sand or had been muted on a Zoom call. In her closing statement at the end of the last year’s Salzburg Festival, organised in spite of Europe’s pandemic upheavals, event president Helga Rabl-Stadler said, ‘While everywhere else, theatres and concert halls and festivals were cancelled, we were allowed to perform. Or rather, I should say: we had to perform. After all, this was the Salzburg Festival’s centenary, and, thinking of our founding fathers, we would have been ashamed to simply give up. In 1920 the Salzburg Festival was founded as a project against misery, a peace project. And in 1945, once again, the idea was that a cultural beacon would give hope to people devastated by war.’

Let’s remember those words and indeed never give up. Even if we can’t build another ‘Il Redentore’, we must continue fighting the forces that hamper and oppose us today. ′ 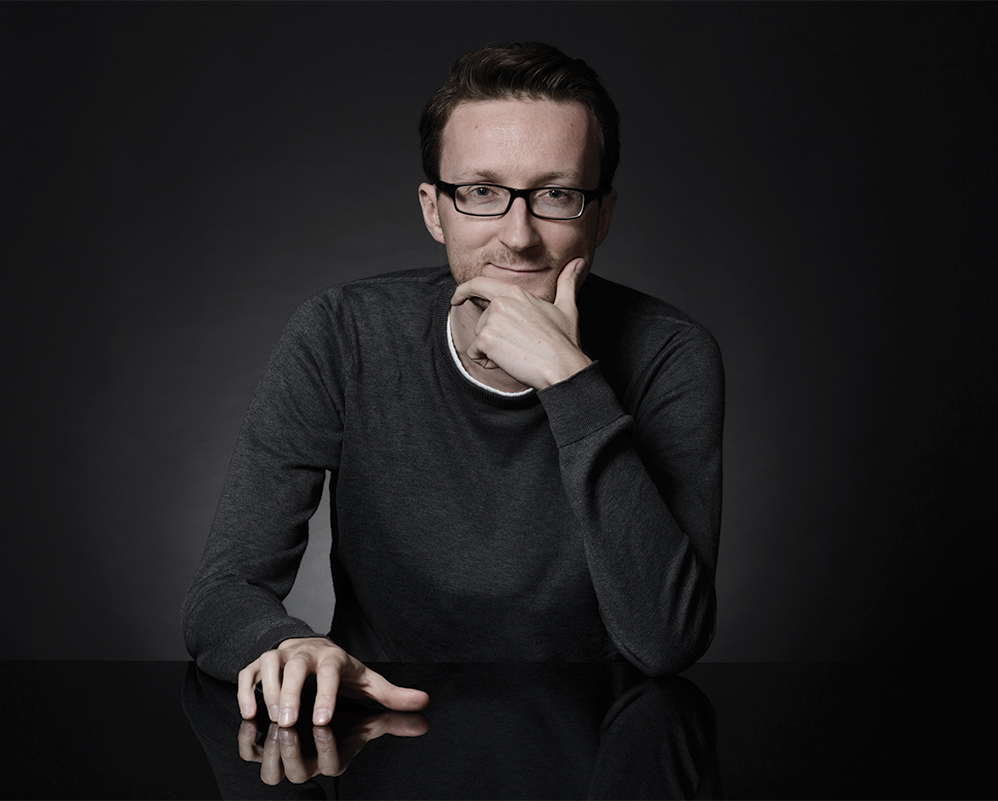 “Remarkable lightness of touch. His interpretations are highly sensitive, but also engaging and communicative.”