Writing this book1 has allowed me to explore the role that children have played in the development of opera from the early part of the seventeenth century to the present day. The twelve chapters are largely chronological and discuss the ways in which changes in society are reflected in the use of children in opera productions around the world.

Children were not always considered in the way that modern society does. While opera was being developed, the concept of a child was basically just that of a smaller adult. Several companies used children as travelling novelty opera acts. Two in particular, in eighteenth-century Germany and nineteenth-century Australia, caused the laws to be changed to protect the safety and well-being of child performers. The Jesuits saw opera and education as an ideal vehicle for spreading their message, and many examples of opera sacra included children. Some of the earliest child opera stars such as thirteen-year-old Francesca Caccinni, as well as child opera composers from Telemann to Nino Rota, are discussed.

In a similar way to Commedia dell’arte, prolific opera composer Francesco Cavalli used a set of stock characters in a double cast. His operas usually included a boy to represent an angel (in the mythological world), and a page (in the human world). As opera spread throughout Europe, the examples of children are varied, from small but pivotal roles, such as Amore in Lully’s Psyché (1678), to entire children-only productions such as the eleven-year-old Mozart’s Apollo and Hyacinthus (1767). In England, opera sprang into life after the Restoration, and composers such as John Blow, Thomas Arne, Henry Purcell and George Frederick Handel used children from the Chapels Royal in several productions. In addition, writing parts for royal and aristocratic children was common practice for many composers.

The nineteenth century saw a proliferation of opera houses to confirm the nationalist pride of many countries throughout the world. These grand buildings mirrored the grand opera that was gaining in popularity. The use of children was not as prolific at this time; however, the roles that were created represented a new trend of specific casting for the child. The roles were often small and represented the cliché of innocence. Richard Wagner’s Tannhäuser (1845), Modest Mussorgsky’s Boris Godunov (1873), Giacomo Puccini’s La Bohème (1896) and Tosca (1900), and Claude Debussy’s Pelléas et Mélisande (1898) all feature small solo roles for children. The modest number of solo roles for children at this time is disproportionate to the enormity of output that dominated the musical landscape. The roles that emerged often tend to be small to the point of being dispensable; however, much of this music is expertly crafted and perfectly written to capture the bell-like resonance of the upper voice.

As the nineteenth century progressed, grand opera began to give way to a newer style of realism known as verismo. Composers were increasingly interested in including children in the chorus structures to help more realistically represent society. Eventually, composers such as Hector Berlioz and Georges Bizet wrote specifically for children’s chorus, giving them separate material to the adult sopranos, and this became a popular trend.
The presence of a children’s chorus in Carmen (1875) reflects the reality of the Seville Tobacco Factory. From the late 1820s, the tobacco factory in Seville inaugurated a policy of exclusively employing women. Women were generally rewarded with lower wages and were ideal for such labour. Many of the women had babies, and, as they grew up, the Real Fábrica de Tabacos de Seville instituted nurseries, and then, eventually, rudimentary primary schools to accommodate the need for childcare. Bizet writes in a much lower tessitura for these children, giving them a more guttural chest-voice, a quality of noisy brats rather than angelic figures.

The twentieth century witnessed a major change in the way society viewed the child. In opera, they could reflect the horrors of two world wars, a depression and a major pandemic. This loss of innocence provided a profoundly emotional experience for the audience. No example is more visceral than Hans Krásza’s opera Brundibár (1938) – premiered in Theresienstadt, and used by the Nazi Party as televised propaganda before the composer and most of the cast were ushered off to the gas chamber.

Leoš Janáček’s Osud (1905) includes one of the youngest singing characters in the operatic repertoire of the time. Míla and Živný’s son, Doubek, appears as a five-year-old in Act II, and then as a sixteen-year-old in Act III. Both roles are indicated in the score as being a soprano. In the first staged performance, Doubek was performed by Bohumír Kurfürst, who later went on to record other operatic roles in Janáček’s works. Ultimately, the composer never heard the work performed. The non-staged version finally premiered in 1934 thanks to a pupil of Janáček’s, Břetislav Bakala, who conducted the work for the Czechoslovak Radio. The first fully staged production did not take place until 25 October 1958 at the State Theatre in Brno as part of the Janáček Festival, in commemoration of the thirtieth anniversary of the composer’s death.

Post-modernism and operas with children

The post-modernist period saw the Eurocentric proliferation of children’s roles become far more international. It seemed that, from the middle of the century, the floodgates were open and the huge variety of children’s roles were as varied as the music and libretti. The value of children in providing novelty, as well as variety in vocal timbre, mirrored the growing understanding that there was a genuine economic benefit for their inclusion. After Hans Werner Henze used a child in his opera for radio, and Menotti’s hugely successful Amahl and the Night Visitors (1951) was televised in the United States, it was becoming more difficult for directors to cast adults to play children’s roles, and composers such as Britten were becoming quite insistent on age-appropriate casting.

The following four chapters look more closely at four of the most prolific composers for children in opera. This starts with César Cui, one of the less celebrated of the Mighty Five. His four operas were written entirely for a cast of children and mirrored the European trend of drawing upon traditional children’s stories for his libretti. Cui had opened a boarding school and had two children of his own. His characters were not one-dimensional pageboys but complex, meaningful young people and, in this way, he was ahead of his time.

The characters that Britten created for his operatic children, as well as the music with which he provided them, elevated their involvement to such an extent that he really can be considered the father of children in opera. This shared view was not without its controversy as Britten worked extremely closely with the boys he wrote for and often had them stay at his house and even in his bed. Despite this, there is unanimous acknowledgement from the boys that he was the perfect gentlemen and nothing nefarious transpired. The image on the cover of the book is of Miles in Britten’s Turn of the Screw (1954).

Italian-born American composer Gian Carlo Menotti took the baton from Britten and wrote a plethora of memorable roles for children. Chet Allen, who played the first televised operatic child character, would later commit suicide at the age of 45. Menotti and his partner, Samuel Barber, adopted their own son, Chip Phelan, who also struggled in adult life. Menotti’s work became increasingly old-fashioned over time and his distaste for electronic music was ironically seen in his score for Help, Help, the Globolinks! (1968), where the violin-playing child would save the world from bizarre alien creatures.

Maxwell Davies is often known for his avant-garde scores; however, when he moved to the Orkney Islands in far-north Scotland, he was commissioned to write a number of children’s operas, which he premiered at several of the local schools. With help from schoolteacher Glenys Hughes, he created nine short, well-crafted operas that could be successfully produced in the humblest of primary schools.

The list of children-only operas is so significant that only a small selection could be chosen for discussion in this chapter. Australian composer Malcolm Williamson wrote ten extremely short operas for children with limited training. These could be staged virtually anywhere and learned in just a few hours. Jorge Peña Hen deserves special mention for La Cenicienta (1966). After transforming the youth music scene in Chile, and touring with his opera, written to be played by his celebrated youth orchestra, he was killed by the Pinochet coup in 1973, ending the life of one of the most passionate activists for youth music the world has known. Venezuelan educator, musician and activist José Antonio Abreu referred to the significance of Jorge Peña Hen’s work, recognizing in it the catalyst for the movement that would later develop in Venezuela, and various other sister countries. As a result of the 1973 coup, the two men never had a chance to meet, as Hen was killed. Three of his fellow Chilean friends and musicians, Hernán Jerez, Sergio Miranda and Pedro Vargas, fled to Venezuela and continued Peña Hen’s legacy by creating a children’s orchestra. This twist of fate informed and inspired the programme that would become a global movement for youth music.

The final chapter discusses where we are now and looks to the future. The future developments for children in opera can be framed from musical as well as social perspectives. Opera companies wishing to expand their audience base are likely to see in-house children’s choruses as integral to their education and outreach programmes, as well as oven-ready performing groups for the growing repertoire requiring them. With freedom to explore diverse material for prospective libretti, composers are likely to continue incorporating children’s characters in their works, and seek to develop their understanding of the capabilities of the child’s voice, rather than replacing them with adults. Crossover with the mediums of film and streamed content will make the suspension of disbelief in this regard a greater burden for the modern audience, accustomed to a sense of realism.
The age of reality television, internet underage cyber-sex, and the inclusion of children in dramatic works for shock value are discussed. I also make recommendations for the delivery of opera in school music programmes, making the argument for active participation rather than passive consumption for young people. The book includes a list of around 250 operas that are either discussed in detail or mentioned briefly. I hope it adds to the discussion of this topic and that some of the fascinating stories are as absorbing for the reader as they were for me.
For more information, visit www.cambridgescholars.com and search for ‘Children in Opera’. 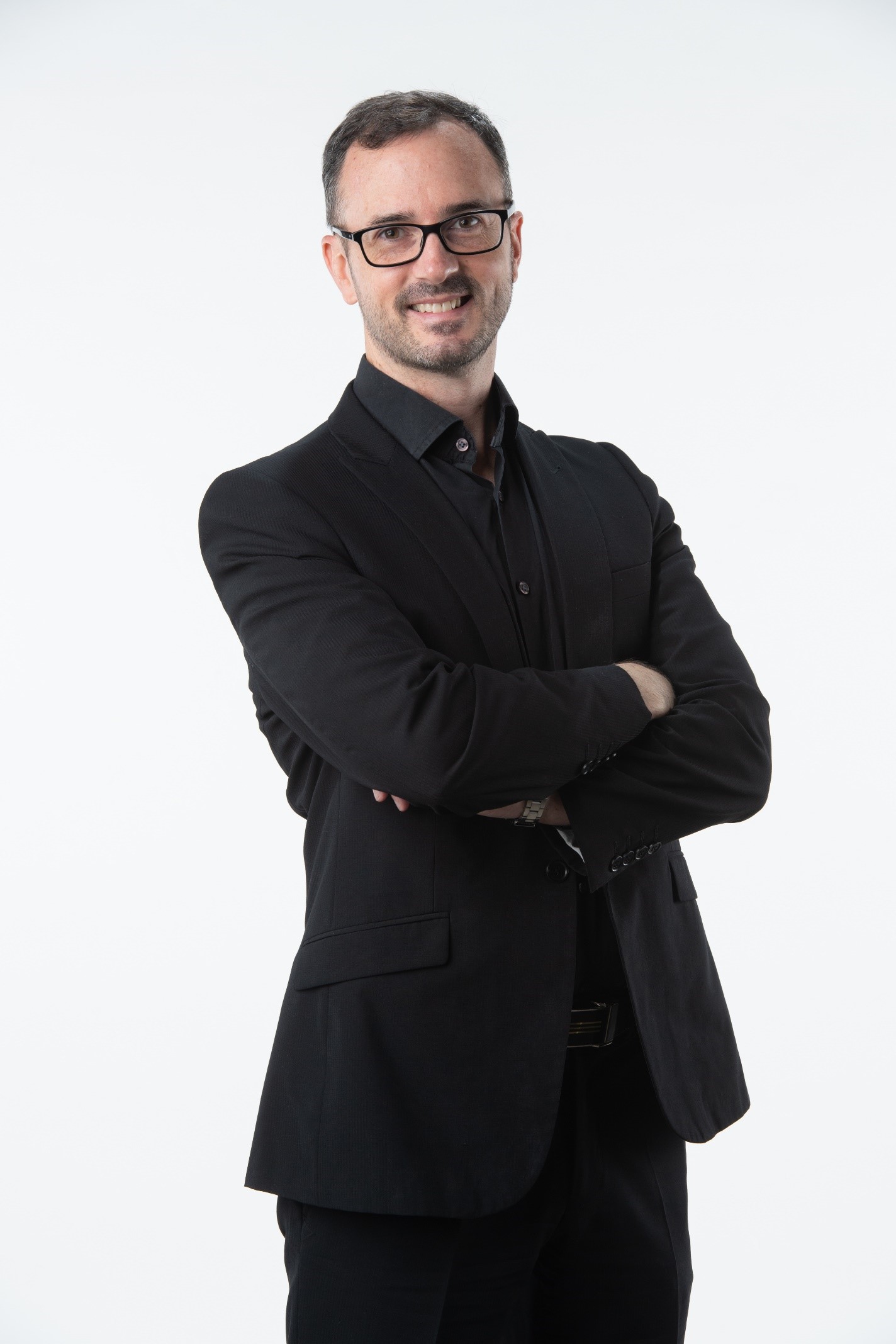 About the author: Dr Andrew Sutherland has taught music in Australia and the United Kingdom for more than 20 years. He received his PhD from Monash University: School and Community Ensembles: Implications for Collaborative Musical Performances. He completed his master’s at Edith Cowan University: Principles for Designing an Effective, Post-compulsory Music Curriculum Suitable for Western Australia. He gained a B.Mus.Ed (hons.) from the University of Western Australia: The Praxial Manifestations of Philosophical Stances on Secondary School Choral Directors in Western Australia. He has lectured at the University of Western Australia and the West Australian Academy of Performing Arts. He is a reviewer for several academic journals.
Andrew has sung professionally as a tenor throughout his career throughout Australia and the United Kingdom including with the Song Company (Sydney). He founded the Giovanni Consort (Perth) and has appeared as a soloist with the West Australia Symphony Orchestra and performed a number of operatic and oratorio roles.
Personal website: https://monash.academia.edu/AndrewSutherland